Why Invest in Bitcoin Cash With Your IRA?

What is Bitcoin Cash? 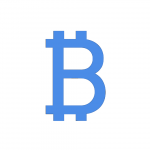 In August of 2017, Bitcoin, the original digital currency, was split during a hardfork into two coins: Bitcoin (BTH) and Bitcoin Cash (BCH). Both coins retain the original purpose of cryptocurrency, a peer-to-peer electronic cash system, but the blockchain technology of Bitcoin Cash struck out in a new direction.

The Bitcoin community argued on how to handle the slow transaction problem which would prevent Bitcoin from competing with the traditional currency market. Approximately 80 percent of the community agreed to include a technology called SegWit2x to shrink the amount of data needed to verify each block and ultimately speed up the process. However, without complete consensus Bitcoin was ultimately split and Bitcoin Cash was born.

The Future of Bitcoin Cash

Following the hardfork, the original Bitcoin has skyrocketed in value. Bitcoin reached an all-time high value of $5,000 in September of 2017. Bitcoin Cash can be thought of an entirely new coin and thus it is just starting up the mountain of growth. While its current value is far below its predecessor, it is not to be discounted as an investment. Bitcoin Cash’s blockchain technology has put it in a position to succeed and savvy investors are getting in on the ground floor.

Getting started is easy. Let us help.

Take advantage of the best performing asset class in the last decade.¹
GET STARTED
Questions? Call our specialists at 877-936-7175