Why Invest in Ripple? 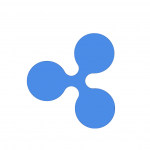 XRP is digital currency and Ripple is the open payment network within which that currency is transferred. Ripple connects banks, payment providers, and digital asset exchanges via RippleNet to deliver one smooth experience to send money globally. It is based around a shared, public database that allows for payments, exchanges, and remittance in a distribution process.

Unlike most other digital currencies, which seek to circumvent traditional financial systems, Ripple (XRP) is designed to help and support the global financial system. It is not a consumer-facing product, but rather a back-end infrastructure that runs as the world’s first universal translator for money. Ripple has a foreign exchange component built right into the protocol and keeps money flowing freely.

It is built on the most advanced blockchain technology that is secure and able to inter-operate through different networks. Ripple is designed to connect different payment systems together and have it flow seamlessly as one.

5 Things to Know About XRP

The Future of XRP

In April of 2017, Ripple announced the addition of 10 new customers to its growing global network. These financial institutions include MUFG, BBVA, SEB, Akbank, Axis Bank, YES BANK, SBI Remit, Cambridge Global Payments, Star One Credit Union and eZforex.com, representing some of the world’s largest banks, innovative smaller banks and payment service providers. In short, Ripple’s place in the financial world is only growing and an investment in XRP is an investment in a technology that is revolutionizing the global transfer of assets.