What is the Halvening? (Hint: It’s a BIG deal) For crypto enthusiasts, the Bitcoin “halving” is a big deal. There are countdown clocks and endless predictions and analyses, all leading up to a critically pivotal event for Bitcoin. While the “halving” has an ominous tone, it’s actually a rare event in the cryptocurrency world. So, what is the halving? And why is it so important?

The halving cuts production of Bitcoin in half

Part of Bitcoin’s brilliance is the system in which Bitcoins are released into the market. A block is produced approximately every 10 minutes, awarding a specific number of bitcoins. At its origin, one block produced 50 Bitcoins.
This system changes after every 210,000 blocks is released. Approximately, this comes out to every four years. After each set of 210,000 blocks, the number of bitcoins awarded in one block is cut in half—or, the halving. 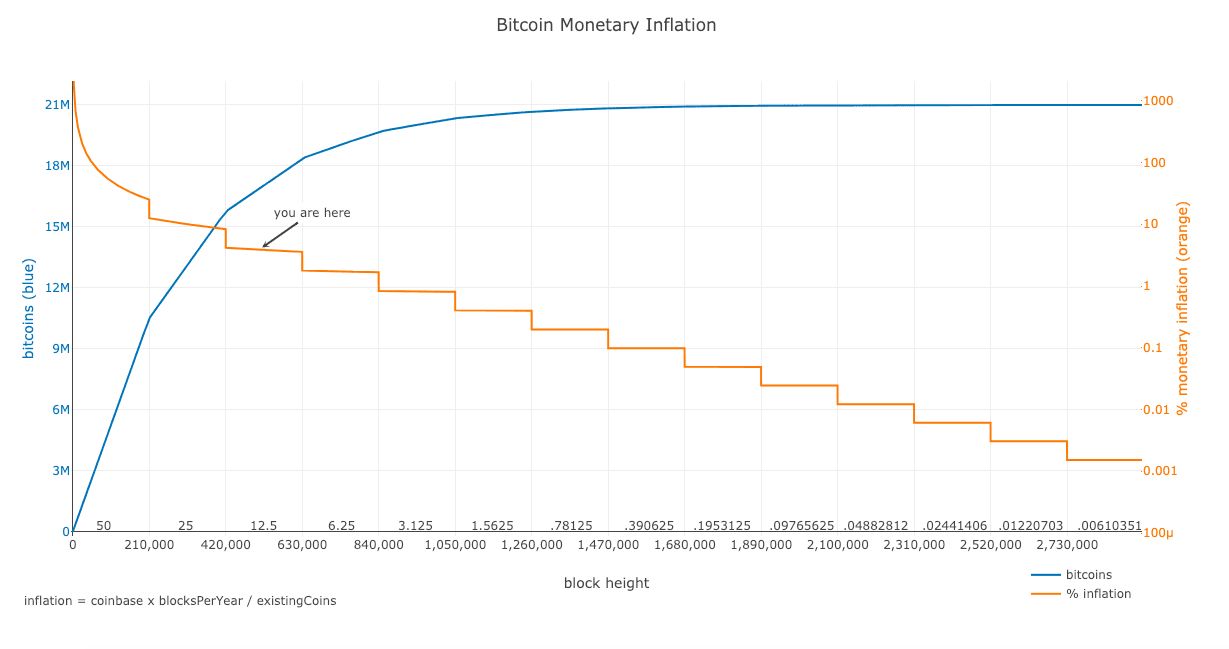 This halving slows the rate of inflation of Bitcoin. And in 2020, Bitcoin’s inflation rate will fall to 1.8%—below that of the U.S. dollar.

The halving event, occurring on a regular, predictable schedule, removes a lot of uncertainty that plagues the traditional market. At the same time, it creates more scarcity over time. As demand continues to increase, supply continues to decrease. While these values will remain constant and predictable, it’s worth noting that the supply of the U.S. dollar has nearly tripled in the last 20 years.

Bitcoin was built by its mysterious creator, Satoshi Nakamoto, in part as a rebuke to the role governments and financial institutions play in controlling the value of their currency. It is believed that Satoshi Nakamoto is a staunch libertarian, and that Bitcoin was perhaps created as a response to the 2008 financial crisis.

In a state-issued currency, supply can vary with the economy. For example, the U.S. Federal Reserve can add or remove dollars from circulation on an as-needed basis to respond to economic indicators. This can cause frequent inflation and deflation of the value of the dollar.

However, Bitcoin not only has this schedule set, but there will only ever be 21 million Bitcoins in existence. Once the last one enters the market, there will be no more. Because there is a limited supply, a Bitcoin is more like a gold bar than a dollar bill.

Gold, for example, has defended itself as an international store of value and medium of exchange for over 6,000 years. However, unlike gold, Bitcoin can be exchanged effortlessly and doesn’t impose much of a physical burden to transport or store.

Anyone can do the math: Slow inflation rate + predictable schedule + limited supply = a winning combination.

The history of Bitcoin’s halvings

Based on the halving schedule set forth at the beginning of Bitcoin, these events have occurred approximately every four years:

Historically, the halving event has triggered a bull run—it reduces supply. And as you can see in the previous halvings, they have each preceded a meteoric rise in price. However, it’s important to note that this increase is merely a correlation, and we are not 100% certain that these increases are a direct result of the halvings. 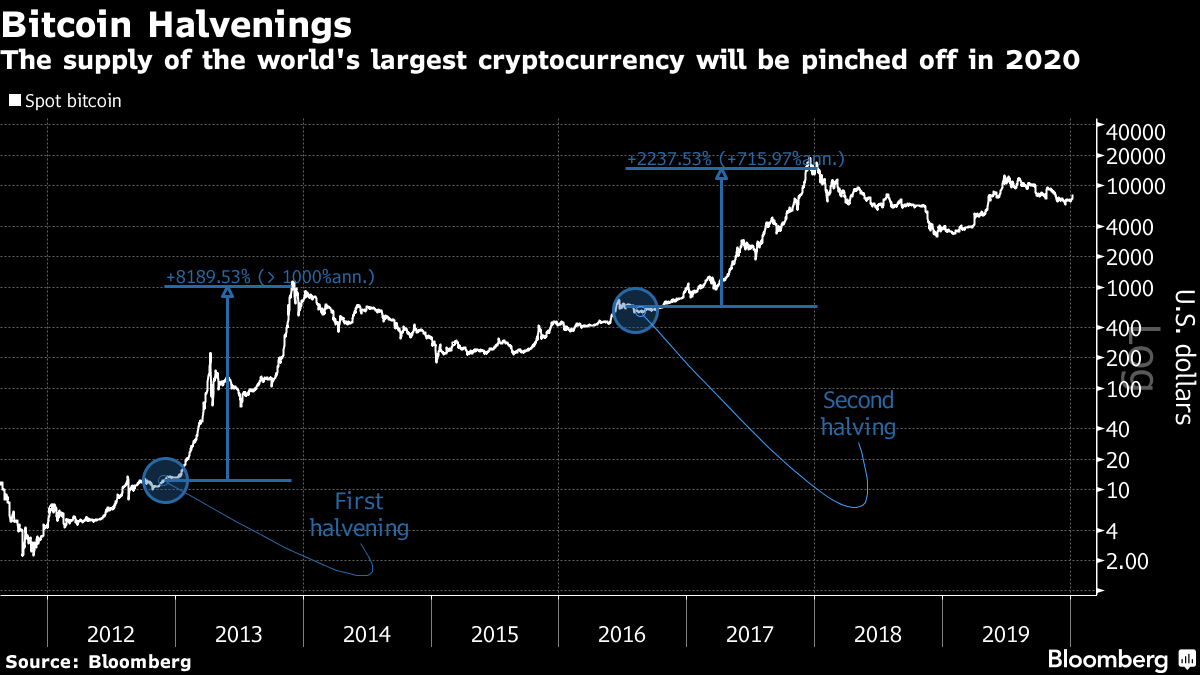 Additionally, these major increases did not occur overnight. The dramatic price increases occurred over the course of several months following the halving. While this historical data is important as you determine your own investment decisions, keep in mind that each halving event will be different.

Bitcoin continues to grow in popularity, and in the last few years, it has become a household name. As these events gain more widespread media coverage, the perception of Bitcoin’s value and its recognition will continue to change rapidly.

This type of awareness and media coverage alters analysts’ predictions. Because a large spike will be anticipated following a halving, this could lead to major increases in purchases just before the halving occurs—this could spell different results than the previous events have yielded.

The future of halvings

In 2009, Bitcoin essentially existed within the confines of an esoteric community of programmers and innovators. In 2012, Bitcoin started to gather enough users to make transacting a somewhat viable option. In 2016, Bitcoin was still steadily growing, but far from its popularity today.

As Bitcoin marches, slow and steady, toward its destination of releasing all 21 million bitcoins into the market around the year 2040, each halving will have significant consequences for the value of Bitcoin. And with each event, we will gain a deeper understanding of the true penetration of Bitcoin as a digital currency and its value in the market.