The Retirement Crisis is Real, But Can It Be Avoided?

Experts predict a coming retirement crisis, and at this point, it’s just a question of when.

These days, it’s more expensive than ever to retire, and the simple fact of the matter is that most Americans simply don’t have enough money saved. That trend doesn’t seem to be getting any better either: whether due to wage stagnation or the rising costs of living, an increasing number of people haven’t increased the amount they’ve saved compared to last year.

Fortunately, there are ways to beat the challenges facing those saving for retirement today, but first it’s best to understand the current landscape that makes doing that difficult.

What’s causing the retirement crisis? An alarming amount of Americans are simply unprepared for the financial realities of retiring. The executive director of Georgetown University’s Center for Retirement Initiatives, Angela Antonelli, told PBS Frontline that “The reality is as we look at what people have put away for retirement today they haven’t put a lot away for those who are age 65.” According to a report from PBS Newshour, nearly half of retirement aged Americans have less than $25,000 saved. Worse still, another twenty five percent have less than $1,000 saved.

A Bankrate survey took a look at American financial security and found some answers. Reporting that Americans didn’t invest in retirement because incomes compared to last year either stayed the same or actually dropped, the survey also cited federal data that shows real wages have barely budged in decades — both major contributors to the retirement crisis.

Touting analysis by the Pew Research Center, the survey went on to say that based on the current average hourly wage, purchasing power is the same today that it was in 1978 after adjusting for inflation. This, alongside increasing housing costs and rising prices for consumer goods means that more Americans are feeling the pinch. 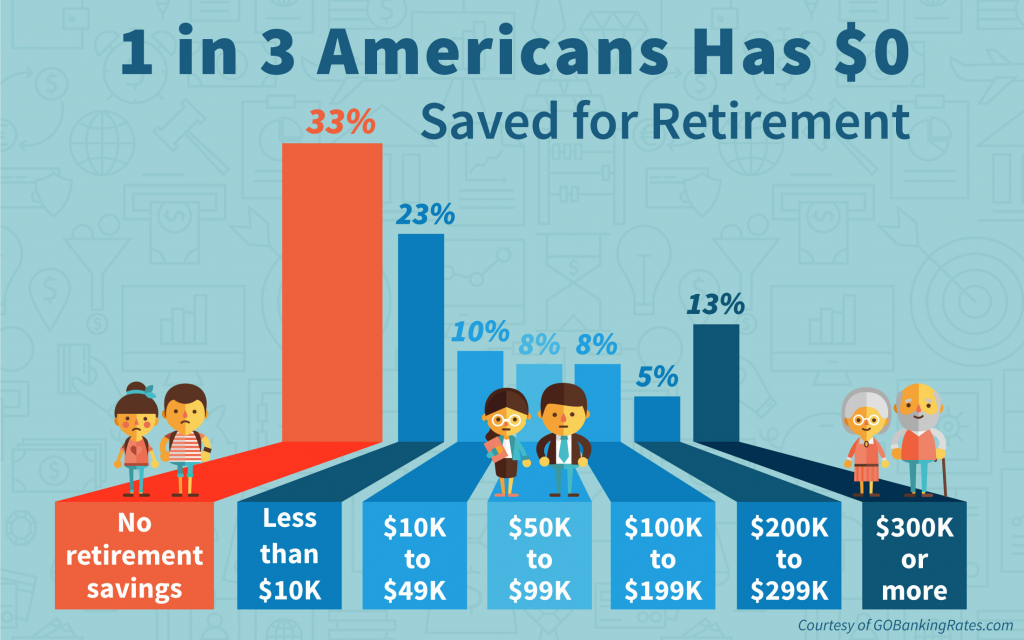 How can people avoid the retirement crisis? A diverse portfolio is one smart strategy.

Diversification, defined by Investopedia as “a technique that reduces risk by allocating investments among various financial instruments, industries, and other categories,” the goal of diversification is to maximize return by investing in different areas that would each react differently to the same event.

That is, having a diverse portfolio made up of unrelated investments would offer protection against a volatile market. A dip in the stock market, for example, would expose an investor who had diversified their savings into, say, real estate and cryptocurrency, to less risk  than an investor who had only invested in mutual funds stocks, and bonds. According to research conducted by Ark Invest and Coinbase, “Bitcoin is the only asset that maintains consistently low correlations with every other asset,” making it a strong candidate for portfolio diversification.

Despite market dips, many experts think that the long term outlook for crypto is positive.

Although it’s now been pushed to early 2019, major players including Starbucks, Microsoft, and a few others are working together to create a major cryptocurrency platform called Bakkt, which experts say is a giant vote of confidence in the future of digital currency.

With a move that brings cryptocurrency as far into the mainstream as a Grande Frappuccino, digital coins gain a level of institutional trust they didn’t have before, as well as an air of legitimacy among everyday consumers, potentially leading to even more widespread adoption.

Will this lead to a steady upward climb for crypto once the correct market corrections settle down, making it a safer bet for retirement? Some experts are bullish.

“Traditionally volatility scares most investors no matter the asset class,” Christopher Bates, a former member of the NYSE, told Forbes. “Bakkt will draw resources from reputable companies with knowledge in fields of risk management and technology to create a federally regulated platform. Once investors feel at ease trading in a regulated environment volatility should ease.”