How Blockchain Will Change the Way the World Does Business

When blockchain technology appeared in 2008, the world was a different place. Smartphones had existed for only a year. Modern conveniences like ride sharing and mobile banking had barely made their mark. The next decade saw a tech revolution whose effects are still being felt worldwide.

Just as smartphones disrupted industries from journalism to consumer retail, blockchain disrupted the economic landscape. Blockchain’s impact is more fundamental than even its early proponents could have imagined. It’s not just a new way to do business – it’s changing business itself.

Blockchain was built to solve the double-spending problem and verify transactions without the authority of a central server. Its open, distributed ledger system features a linked series of blocks, or transaction records, with accompanying time stamps and data. This system prevents the alteration or falsification of transactions. It also eliminates the need for central banking authority. With blockchain, users could finally trade directly with each other through digital currency.

The Rise of Cryptocurrency: How Blockchain was Created

Bitcoin was created in 2009 as an open-source platform. It used blockchain’s distributed ledger technology to enable peer-to-peer trading. Bitcoin soon caught on with both the financial and tech communities. In an era of recession, when the traditional financial system seemed to be crumbling under its own weight, this new type of currency provided a compelling alternative.

As Bitcoin usage grew, developers found ways to improve on the original concept. This resulted in the creation of derivative coins. The explosive growth of Bitcoin alternatives (altcoins) soon rocked the digital currency market. Altcoins like Litecoin, Ethereum, and Ripple adjusted Bitcoin’s mechanics to speed up transactions, facilitate new apps and uses, and make the mining process more efficient. Less than a decade later, cryptocurrencies numbered in the hundreds — then the thousands.

The growth of altcoins brought an increase in public awareness of the cryptocurrency market. Businesses began to take note of blockchain’s potential. It soon became clear that banking and trading applications were just the tip of the iceberg.

Blockchain Beyond Bitcoin: How Businesses are Pushing the Use Case

Today, companies across a diverse set of industries use blockchain to bring innovative solutions to their customers. Applications range from the micro to the massive.

In logistics, blockchain saves carriers billions of dollars. Maersk, the international shipper, has teamed with IBM to digitize their supply chain with blockchain technology. Cargoes can now be shipped with significant reduction in paperwork costs. All transactions are confirmed and captured on the distributed ledger system. This dramatic cost-reduction measure will impact trade on a global level. Meanwhile, startups Provenance and Hijro are making their own waves in supply chain management.

In legal situations, blockchain-based smart contracts allow individuals to conduct transactions securely without the need for a middleman such as a notary or lawyer. The smart contract, which is open, public, and verifiable, protects individuals from being taken advantage of in interpersonal transactions like selling a house, buying a car, or trading a stock. 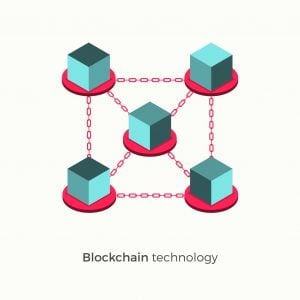 Blockchain may soon prevent ticket scalpers from selling concert and sports tickets at inflated prices. Companies like BitTicket use the public ledger system to verify and guarantee ticket value. The system keeps bots from hoarding tickets and reselling them on secondary markets. It also reduces ticketing fraud, counterfeiting, and other problems associated with online ticket buying.

Blockchain even has potential advantages for the environment. Companies in the energy sector are using blockchain systems to encourage more efficient peer-to-peer distribution of electrical energy. Transactive Grid and Solar Bankers are startups that allow individuals to generate their own electricity and trade it directly with neighbors. The system is supported by custom blockchain platforms and dedicated cryptocurrencies. Not only does this model eliminate reliance on large utility companies, it also reduces waste and promotes sustainable energy generation methods.

These are just a few examples of how blockchain technology is revolutionizing business. Many other industries, including retail, insurance, and real estate are also taking advantage of blockchain-based technologies like open ledger systems, smart contracts, and cryptocurrencies. Higher education, digital rights management, and law enforcement stand to benefit from the digitized tracking power that blockchain provides.

The Future: Blockchain’s Adoption Will Only Grow

What does the future hold for blockchain in business? The technology has a lot to offer, and its impact is only just beginning to be felt. As a greater number of companies realize blockchain’s implications, we’ll likely see a fundamental paradigm shift in the landscape. Rules that have existed for decades – even centuries – will shift. The economy will change. Industries will move away from traditional centralized models towards a system where individuals control transactions. As those business models transform, new opportunities will arise.

Banking is the area most likely to experience radical change. Long accustomed to providing centralized verification and ownership of transactions, central banks must now redefine their role for a blockchain-based economy. Barclays and Swiss bank UBS are integrating blockchain into their own systems, using it to cut costs. Over 80 banks have joined a consortium supporting R3, a tech company that’s leading the development of distributed ledger technology for financial services. R3’s platform, Corda, uses blockchain concepts to streamline services and improve transaction speed.

In a fundamental sense, blockchain is antithetical to the idea of central banking. It may herald the end of big banks altogether. With the rise of peer-to-peer networks and value transfers, banks will either have to evolve towards a facilitator role in order to survive, or they will be forced to retreat from the field. This could happen in just a few years. By the next decade, it’s likely we’ll see a complete overhaul of the financial services industry.

While big banks struggle to adapt, mobile wallets and payment startups are cutting into their territory. These companies provide users with trading platforms for exchanging cryptocurrency. Startups like Coinbase and Abra let users make transactions in seconds, rather than hours or days. There’s no need to go through a bank or clearinghouse to transfer value. By eliminating corporate middlemen, blockchain empowers users to avoid large transfer fees and take financial control. These user-centric payment platforms may even one day replace big banks, bringing the first major financial services innovation in over a century.

Finance isn’t the only area where blockchain is shaping the future. Administrators in public and private organizations also stand to benefit from blockchain-based technology: specifically, smart contracts. Smart contracts facilitate, verify, and enforce transactions without the need for an intermediary figure. By removing a potential source of human error, conflict, or dishonesty, they create an open record that ensures proper execution of the agreed-upon terms.

Smart contracts are important for corporate governance and business, but they also have applications in government. Smart contracts could reduce instances of voter fraud, making elections fairer and more transparent. Follow My Vote, a blockchain-based voting startup, has already released an alpha version of a blockchain voting solution. The technology has the potential to shift politics towards greater accountability.

We’ve come a long way since 2008. From Bitcoin’s inception to the explosion of modern-day cryptocurrencies, blockchain has revolutionized the market. Digital currencies have disrupted long-standing business models and created new ones. Smart contracts and peer-to-peer value transfers have pushed companies to innovate. Bit by bit, distributed ledger technology has entered every industry.

Blockchain’s influence is still growing. It’s an emerging technology with many interesting areas of untapped potential. Some of its benefits are yet to be realized. While we may not be able to predict blockchain’s future, we can be certain of one thing: it will change the business world as we know it.