Bitcoin breaks the $4,000 mark in August, reaching an all time high

The hard fork, which split Bitcoin into two coins, Bitcoin and Bitcoin Cash, had the world of cryptocurrency concerned that values would plummet amid confusion and fear surrounding the future of Bitcoin. Investors held their breath, waiting to see what result the split would yield. Well, any fears the cryptocurrency community had have been abated. The days and weeks following the split have seen prices for Bitcoin soar to new heights, breaking new records again and again. As of today, August 14, a new record high of $4,286 has been reached.

In 2009, Bitcoin was introduced as a peer-to-peer electronic cash system, operating independently of a central bank. Over the years, increasingly more companies and merchants started accepting the cryptocurrency as a payment form. As the number of transactions grew, interest and awareness about the new ecosystem boomed.

In 2011, retailers like Overstock.com started accepting BTC as a payment method. Non-profit companies like The Internet Archive announced in 2013 that it will begin accepting donations through bitcoins. Little by little, more investors started believing in blockchain technology and cryptocurrency. As a consequence, in December 2013, Bitcoin surpassed the $1,200 mark going. The value of Bitcoin bounced around with highs and lows, but one overall, long-term trend was apparent: growth.

A new financial ecosystem was created around the cryptocurrency. ICOs built on the blockchain compels investors to look beyond traditional investment assets; and believe in the legitimacy of Bitcoin.

In the first quarter of 2017, the price for a single bitcoin surpassed the price of 1oz of gold; breaking its all-time high and reaching $1,400. The cryptocurrency is up 40% in August, 2017 alone and has now reached $64 Billion in total valuation.

Standpoint Research correctly predicted the latest spike and now projects Bitcoin to surge to $7,500. “What’s happening is the floodgates are opening,” Moas, founder of Standpoint Research, said in a phone interview with CNBC on Monday. “I believe there are hedge funds and very deep-pocketed individuals going into this now, really hundreds of millions of dollars

Founder of Standpoint Research, Ronnie Moas, recently told CNBC that Bitcoin might reach $5,000 by the end of the year. He pointed out that since the amount of bitcoins is limited (21 million), the increasing demand could drive up its price.

Infamous venture capitalist, Tim Draper, predicted in 2014 that the value of bitcoin will surpass $10,000 by 2018. It hasn’t happened yet, but the current surge to $3,800 this year; together with the bitcoin split and buzz around the new blockchain, had made some people re-analyze the ludicrous claim made several years ago. The mere fact that Bitcoin rose from $2,000 to over $3,800 in two months gives us the chills.

Jeremy Liew, renowned investor and entrepreneur, said in an interview with Business Insider that Bitcoin price could realistically reach $500,000 by 2030. Bitcoin IRA mapped out the potential path to $500,000 in this infographic.

What drives Bitcoin’s growth? For some people, the cryptocurrency’s soaring value seems like a jigsaw puzzle. Others have great faith is what’s coming next. Bitcoin expert, Garrick Hileman, argues that one of the key drivers of bitcoin’s growth is speculation. Buying and selling bitcoins may look like a financial trend; but there’s a lot more to it than meets the eye.

In the early days of Bitcoin, the boom happened in the US. But the cryptocurrency has now gone global. The surging demand in Asian countries has compelled more investors to ditch traditional investments in favor of cryptocurrency. As of April 1, Bitcoin is an legal payment method in Japan. 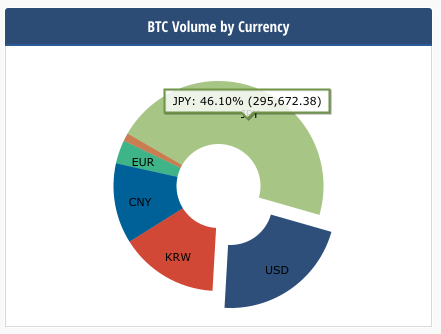 Traditional money transfer services like MoneyGram and WesternUnion are expensive. As a result, startups have started building competitor services on the blockchain. Bluepan is a prime example, the South Korean company is committed to helping workers in South Korea and Japan send money to their families back home in China and the Philippines. Bluepan claims that they’ve processed transactions worth $65 million in 2 years.

Investors have long been waiting for the US Securities and Exchange Commission (SEC) to approve Bitcoin as an exchange-traded fund (ETF). Approval would mean investment in the cryptocurrency would skyrocket into the hundreds of millions and push the needle forward toward global adoption.

The rise of investors eager to start a business on the blockchain strengthens the cryptocurrency investment scenario; surpassing the $100 billion USD market valuation. New money is being invested in blockchain technology, compelling others to expand their horizons and look beyond traditional investment assets.

Increasingly more people – amateur investors and experts alike – have started believing that cryptocurrency is the new money of the future. Governments are accepting it as a legal payment system and venture capitalists are using it to grow their investment portfolio. A wide variety of industries already use Bitcoin as a payment method; Bitcoin ATMs are spreading like wildfire, compelling the average consumer to buy bitcoins, too. All these things combined are raising awareness, making cryptocurrency go mainstream and inevitably increasing its popularity and potential.

Bitcoin is growing and experts predict its value to continue to soar and reach new heights. More countries and individuals are adopting the cryptocurrency as a valuable investment independent of the constant inflation of fiat currency. Bitcoin has every potential to upset the system and become the primary currency of the future.

Ready to Invest in Bitcoin? Register here with Bitcoin IRA.